What is the impact of legalized marijuana on crime and teen use? Look statewide and in towns like Milliken, Boulder, Fort Collins, Garden City, etc.

Statewide, marijuana arrests decreased by 68% between 2012 and 2019. There is however, a significant disparity in arrests for black people and white people, with about a 2 to 1 ratio of black arrestees to white arrestees (an increase from 2012 to 2019). Teen use seems to be unchanged from 2005 to 2019 for both high school and middle school students. That said, teen arrests for marijuana have also decreased significantly, from decreased 42%, from 599 in 2012 to 349 in 2019. 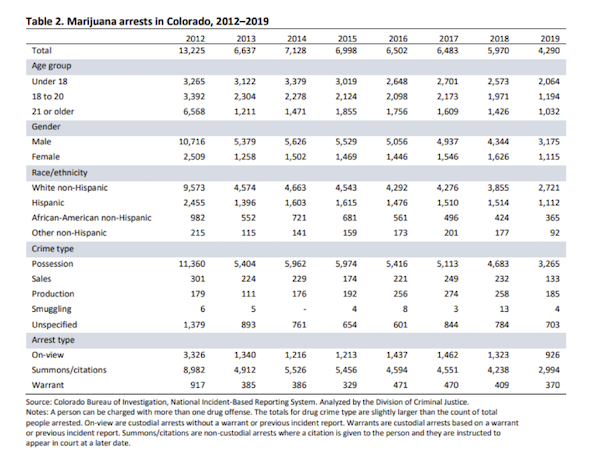 The total number of marijuana arrests decreased by 68% between 2012 and 2019, from 13,225 to 4,290 (Table 2). Marijuana possession arrests, which make up the majority of all marijuana arrests, were cut by nearly three-quarters (-71%). Marijuana sales arrests decreased by 56%, while arrests for marijuana 21 Juvenile probation data is presented in Section Four: Impacts on Youth. 22 While offenses and arrests are related, they are not the same and may display different patterns. An offense is counted when a crime is reported to law enforcement, regardless of whether there is an arrest.

For example, there may be a reported burglary with no related arrest. An arrest is a response to a crime, and there may be multiple arrests for a single offense. For example, one robbery committed by two suspects can result in two arrests. 21 production increased slightly (+3%). Marijuana arrests that were unspecified, meaning the specific reason for the arrest was not provided by law enforcement, went down by 459. The arrest rates per 100,000 adult population between 2012 and 2019 followed similar trends, with the possession rate down 75%, sales down 61%, and production down 9%. 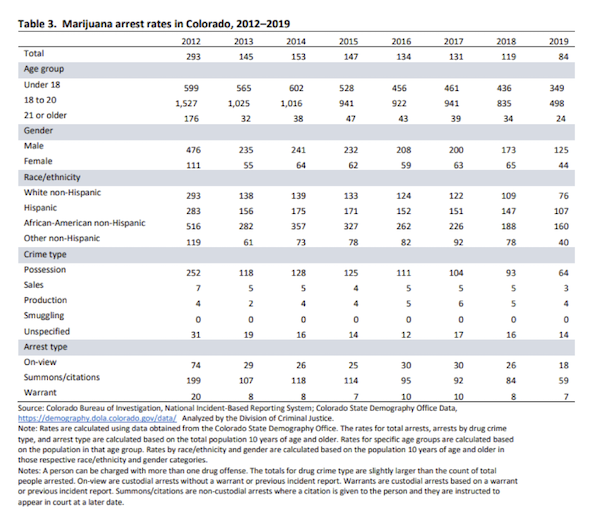 The proportion of Colorado high school students reporting using marijuana ever in their lifetime remained statistically unchanged between 2005 and 2019 (Figure 56). Further, Figure 56 shows there was no statistically significant difference between Colorado student responses compared to national data. 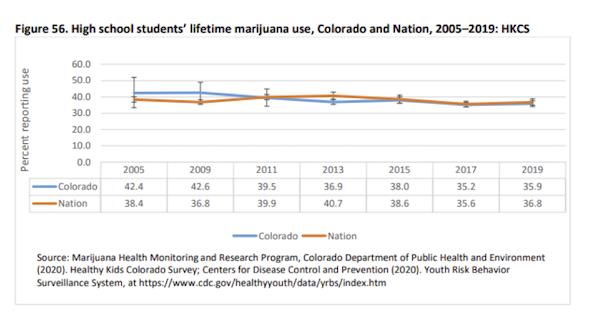 The percentage of high school students reporting past 30-day use also remained stable, with no significant changes between 2005 and 2019 (Figure 57). 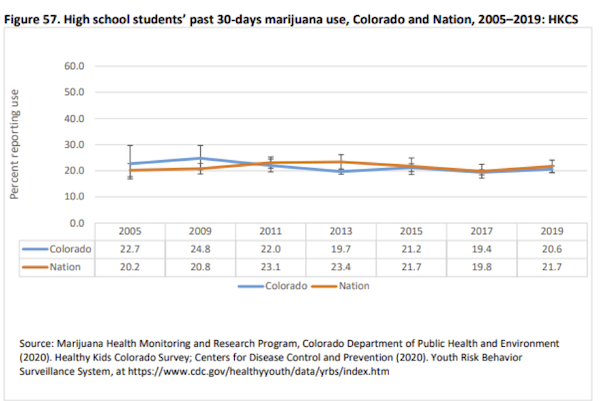 The proportion of students trying marijuana before the age of 13 went down significantly in Colorado, from 9.2% in 2015 to 6.7% in 2019 (Figure 58). These findings were not statistically different from the national data. 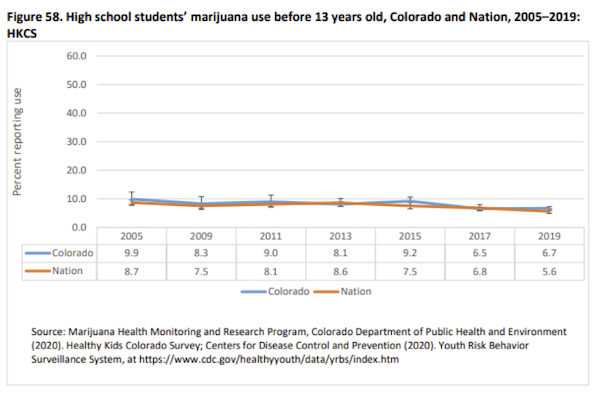 Prevalence trends for the three most commonly used substances by high school students are presented in Figure 59. The prevalence of marijuana use has not changed significantly in the past six survey administrations. Alcohol and cigarette use trended downward, with the largest reduction linked to current alcohol use, down from 47.4% in 2005 to 29.6% in 2019. 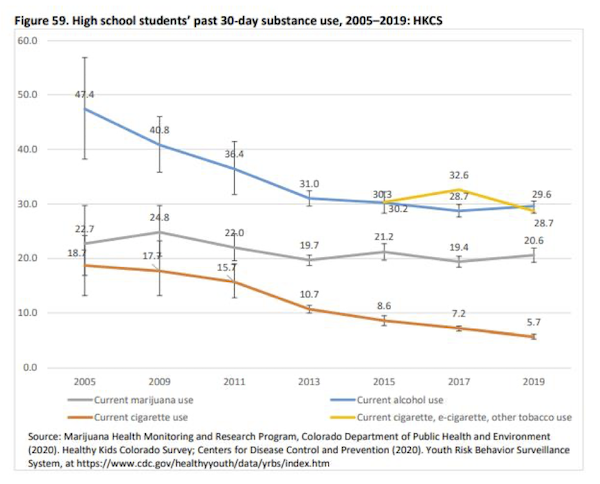 Although youth’s cigarette smoking was at an all-time low, 25.9% of youth report using nicotine through vapor products including e-cigarettes. Data on e-cigarettes was added to the 2015 administration of HKCS.

Alcohol was the most common substance high school students reported using at any point in their lives at 55%, followed by e-cigarettes at 46%, and marijuana at 36% (Figure 63). 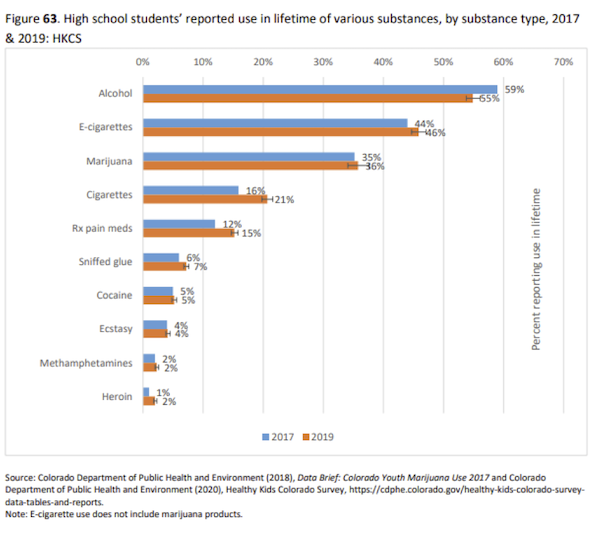